Overcoming these gaps is urgent not only in view of approximation to the European Union, but also for the purpose of improving the efficiency of public expenditure, enhancing the democracy and above all, improving the state of the environment in Slovenia. It is for the above reason that a group of representatives of the Slovenia environmental non-governmental organisations started the Project named The green NGO Monitor in 2000. In the first stage of the Project, we evaluated and compared pre-election programmes by different political parties from the aspect of protection of the environment, nature and sustainable development. Through the analysis we showed how insufficiently these issues were  included in the pre-election programmes that were to establish the direction of development for Slovenia from 2000  to 2004. In the second stage of the Project, a group of representatives of the Slovenian non-governmental organisations prepared, in cooperation with other interested organisations and  individuals, a list of 64 indicators for evaluating the efficiency of the Government concerning the protection of the environment, nature and sustainable development. The third stage was started in December 2002, when Umanotera, in partnership with the European Environmental Bureau from Brussels, acquired funds within the Phare Access 2000 for the preparation of this Report. It presents the results of work performed by ten representatives of different non-governmental organisation, who for six months analysed the work of the Governmet in 15 fields during the first half of its term of office (2000-2002). The analysis was prepared on the basis of implementation evaluation of strategic and other key documents and adopted legislation and programmes – we tried to evaliuate how successfully they were made operational. 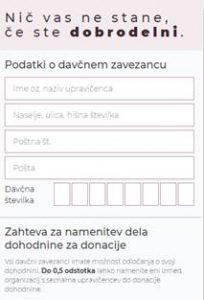